Vodka  is one of the clear,  strongest  and popular  liquors. It is a colourless, odourless, flavourless,  pure spirit with  no addictives. It is composed primarily of  water and ethanol. Generally ,Vodka  is made  from grain or potatoes but some modern  brands are using fruits as the base . People love to drink vodka meat,  but it is most often  mixed in cocktails

Although  Vodka’s exact history or origin  is unknown. It’s  saying that first Vodka have been made in 18th  century  and some  says it was first made in 19th  century. As per the researchers the history  of  vodka started  in Russia in the 14th century . It had a low alcohol content ( no more than 40%).

Poland  also had a history of vodka around  the same time period in the early 1400s. Vodka was commonly used as a medicine in the early days in Poland , there are  many historic polish  vodka blends that dated back to 16th, 17th, and 18th century.  As the time passed,  Vodka became  more popular and accepted as a casual  drink and not just s medicinal  remedy.

It is also said that the history of Vodka shows that Vodka production started in Sweden in the late 15th century.  By the 18th century Vodka production  expanded.  Potatoes became the main product used in Swedish Distillation process and their equipments also got better by the 19th century.  Absolut Vodka is most popular  brand and was created in 1979. Earlier in the history, we had flavourless vodka but there is a flavouring process that has become a part of the history of vodka over time. Earlier Flavouring started adding to vodka to make it’s taste better when used for medicinal purposes. As time passed,  flavoured Vodka has become a part of production with different kind of flavours e.g. fruits flavours,  cinnamon flavours etc. Now we have awesome flavoured vodka and many vodka cocktails.

Vodka is a very popular drink. Vodka is made of ethanol and water , its comes enormous flavorless taste that makes it ideal for mixing with a wide variety of other drinks. Other than tasting great and creating fantastic cocktails did you also know  that Vodka is good for you when you taken in moderation? There are many other benefits of vodka to our health. Followings are the the details of health benefits of vodka

1 . Stress relief- Vodka has the power to help us reduce our stress level. Vodka has a far better effect on making people feel relaxed. Moderate consumption of vodka helps in relaxing the mind and body. Out of of all the alcoholic drinks even the red wine Vodka has far more impact in  reducing the stress factors of the body.

2. Boost heart health-  Vodka can increase blood flow and circulation in your body which can prevent clots,  strokes, and other heart diseases. Vodka is very useful in increasing the amount of HDL (good cholesterol) in the body and helps to to reduce the cholesterol level.

3.  Sleep Better-  drinking vodka in moderation also helps you sleep better,  especially when you suffer from insomnia. As we know that Vodka is known to reduce stress it helps calms the mind, allowing you to fall asleep faster and sleep deeper.

4 . Helps in obesity- vodka is a carbohydrate with absolutely no fats. It has very low amounts of calories in vodka, it helps in digestion if taken proportionally. If taken with low calories meals it helps in reducing weight and fights obesity.

Side effects of Vodka

If drinking vodka in excessive quantity , it can expose you to many major diseases of multiple organs such as brain, liver, heart and pancreas. Over drinking of vodka may effect to faster heartbeat, elevated blood pressure and can disrupts the immune system. 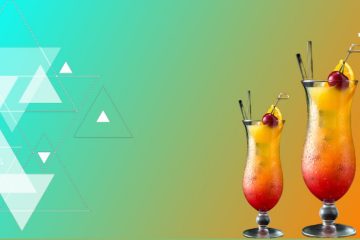 Cosmopolitan is one of the greatest cocktail  of our life. It is a beautiful reddish pink drink. The cocktail is a perfect example of how changeable our drinking habits are, it makes a important impact on Read more… The Caipiroska is very famous cocktails of Brazil , Uruguay ,Paraguay and Argentina. It’s famous Brazilian drink. A very special cocktail of summers. Caipiroska is similar to Caipirinha, using Vodka instead of cachaca as the spirit base.   Read more…